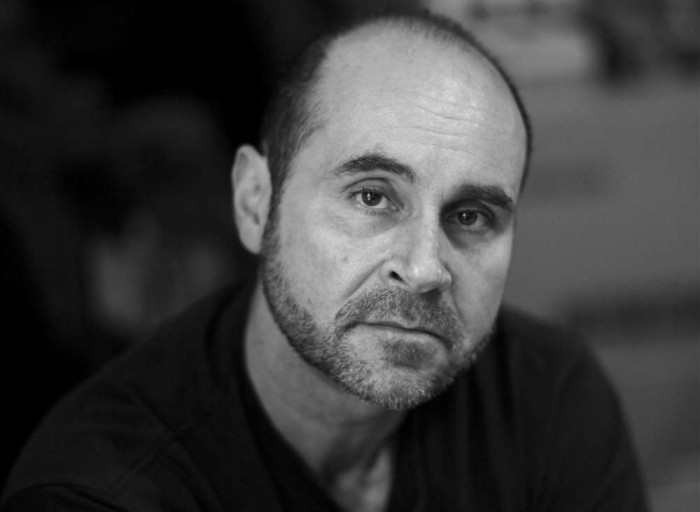 Mike Flokis is a leading Corporate editorial freelance Photographer based in Sydney, Australia.

He has endured a career spanning well over 20 years in which he has gained immense respect from his peers and clients.

In 1998, Mike joined the international Photo Agency Headpress, allowing him inside access to film premiers and red carpet events, press conferences, the ARIA’s, concerts, the Logies, VIP functions, studio shoots, fashion and sporting assignments, giving him an international and reputable name in the industry.

He also holds a title in the Peoples Category Photographic competition ” Images of Sydney “for the Daily Telegraph in 2004 , where by his Black & White image awarded  him runner up and was on display at the Museum of Sydney which  was judged by Photographer Rex Dupain, the son of prominent Sydney photographer, Max Dupain

Specialising in the field of corporate and Celebrity Portraiture, Mike has embarked on a fulfilled career with clients such as David Jones, Qantas, Peroni, Sydney Fish Markets, Identity PR, Virgin and Sony, just to name a few.

With his professionalism and high standard of images, Mike has used his style of shooting to capture the essence of his assignments. With top quality work, he has showcased his photographs and sold to numerous leading publications throughout the world. He has had the privilege of shooting well over 40 Oscar winners such as Charlize Theron, Jack Nicholson, Catherine Zeta-Jones, Nicole Kidman, Sir Anthony Hopkins, Penelope Cruz, Geoffrey Rush and Russell Crowe. Many of his photos have glossed the pages of magazines which include Harper’s Bazaar, US People, Vogue, Cosmopolitan, Cleo, Woman’s Weekly, New Idea, 9 to 5, In-Style, People, OK, Who Weekly, Woman’s Day, as well as many International online sites. One of his proudest accolades is having his photo of U2’s front man Bono, on the front cover of America’s Rolling Stone Magazine.

Throughout his career, he has travelled to many exotic locations on photo assignments for Qantas Airways, as he was their chosen photographer for many years and was commissioned to shoot many VIP functions including Qantas anniversary celebrations which actor and Qantas ambassador John Travolta attended.

Mike’s currently in the middle of setting up a 60 square meter indoor studio as well as an outdoor 600 square meter rustic natural light, tropical and barn style haven for portrait sessions. With Mike’s years of experience and extensive photographic lighting and camera gear, he can fulfil any assignment with ease and confidence from portraits, fashion, food styling and movie stills.